AirAsia’s Red Hot Sale is back, fly from Cebu and Davao from as low as P217!
Up to 5 million promotional seats are up for grabs now at airasia.com

Book seats via airasia.com or the AirAsia mobile app from today until 17 September 2017 for travel between 1 March to 21 November 2018 to enjoy fares from as low as P217.00* for flights from/to Davao, Puerto Princesa, and Cebu. 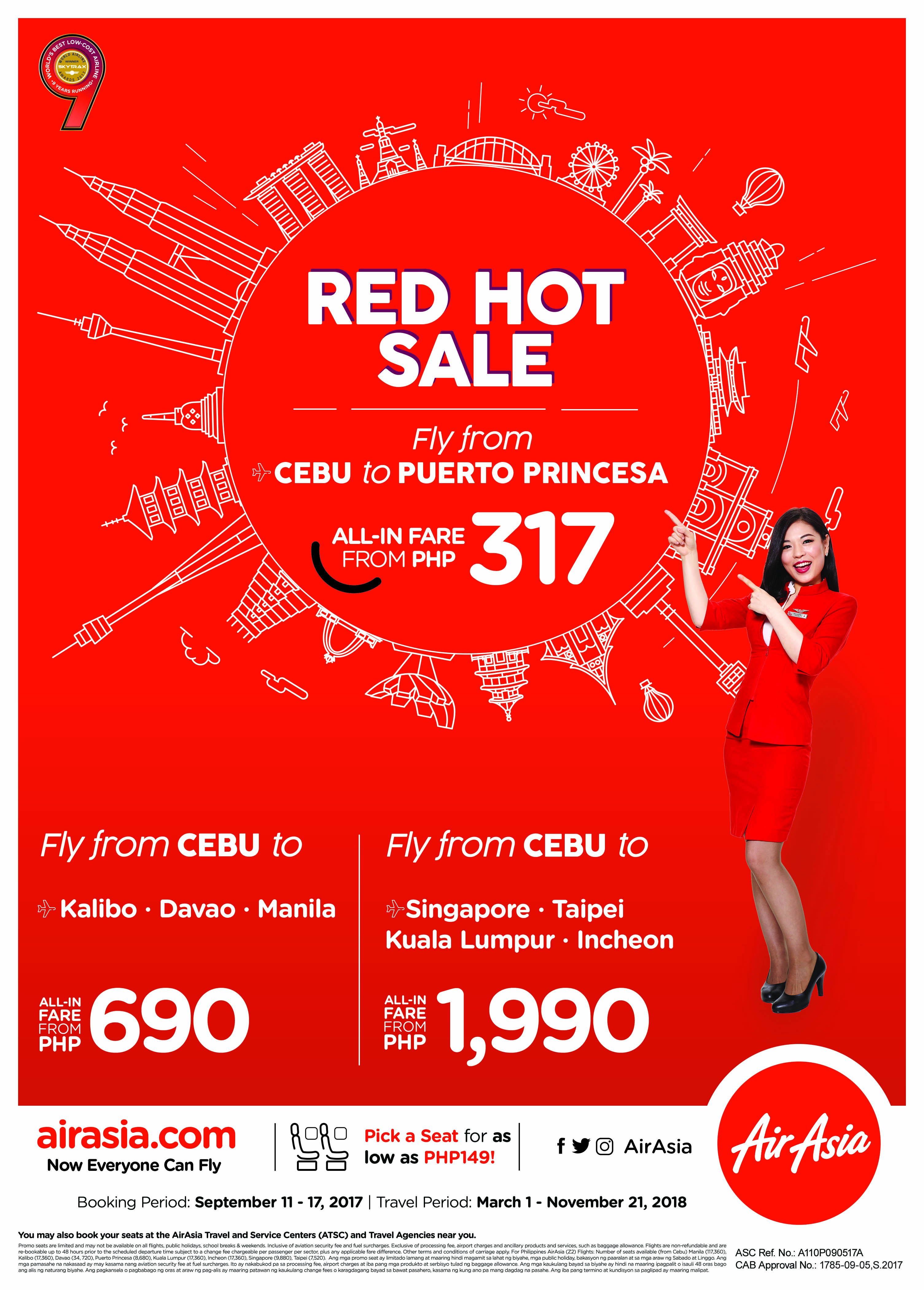 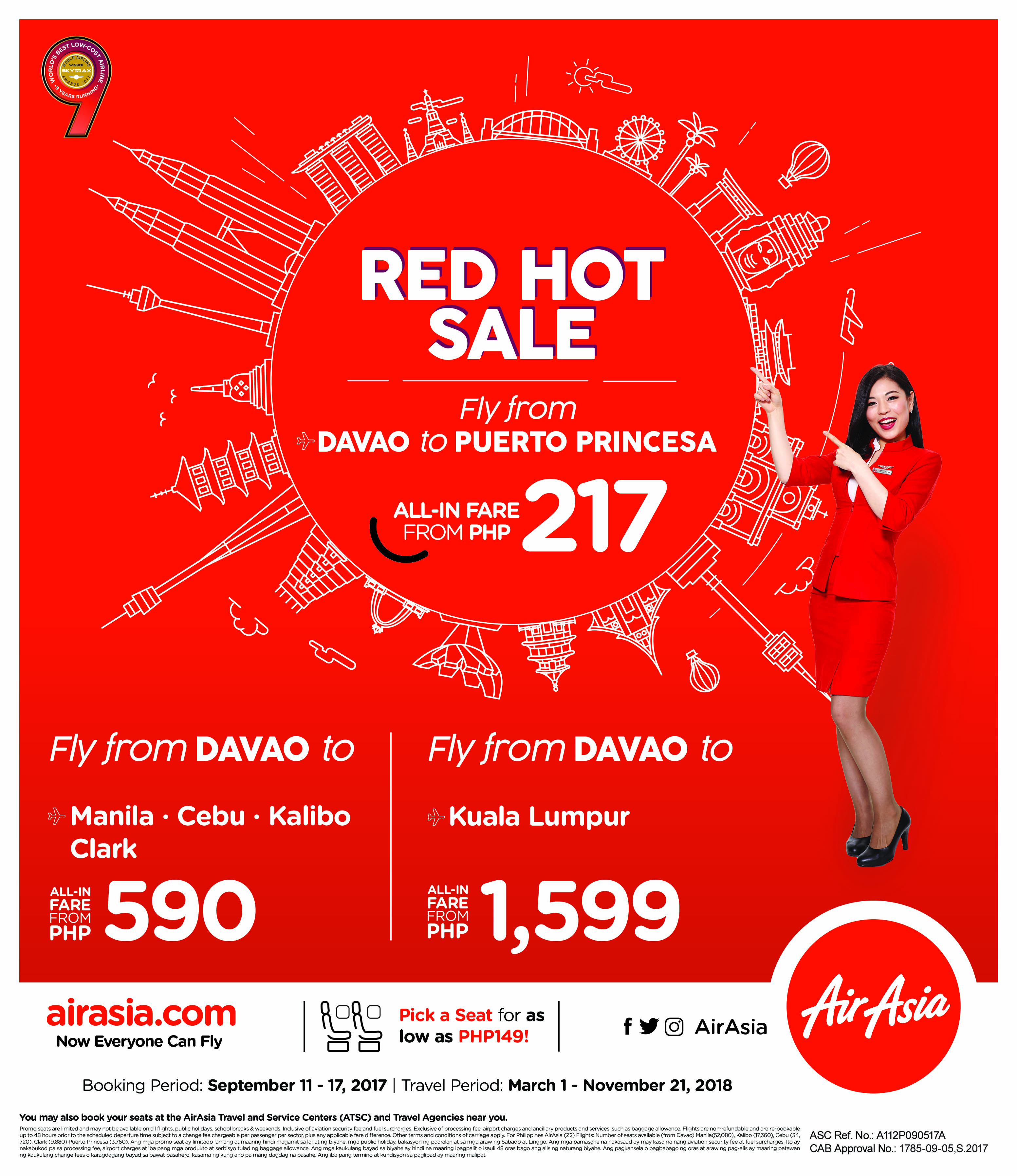 AirAsia flights to international destinations are also up for grabs from as low as P1,599 for Davao to Kuala Lumpur and P1,990 for Cebu to Singapore, Taipei, Kuala Lumpur, and Incheon/Seoul.

AirAsia Philippines CEO Captain Dexter Comendador said, “AirAsia is continuously expanding our network in Cebu and Davao and now is the perfect time to enjoy great savings with our red hot sale available for both domestic and international routes including access to the AirAsia group’s massive network of 120 destinations across all Asean countries, Asia, Australia and beyond.”

The AirAsia Group is offering up to 5 million promo seats during the red hot sale period from today until 17 September 2017 for flights from Kuala Lumpur to Penang, Johor Bahru, Brunei, Lombok, Shantou, Kolkata, Phnom Penh, Pattaya, Osaka, Perth, and many more.

AirAsia Group Chief Commercial Officer Siegtraund Teh said, “AirAsia continues to grow with more flights to even more destinations, making travel easier. We want our valued guests to be able to take full advantage of our unparalleled frequency to new, exciting places, so it is our great pleasure to offer up to five million promo seats in our biggest campaign ever to help them on their way.”

About the AirAsia Group
AirAsia, the leading and largest low-cost carrier in Asia, services the most extensive network with over 120 destinations. Within 15 years of operations, AirAsia has carried over 350 million guests and grown its fleet from just two aircraft to over 170. The airline is proud to be a truly Asean (Association of Southeast Asian Nations) airline with established operations based in Malaysia, Indonesia, Thailand, Philippines, India and Japan, servicing a network stretching across all Asean countries and beyond. AirAsia was named the World’s Best Low Cost Airline in the annual World Airline Survey by Skytrax for nine consecutive years from 2009 – 2017. AirAsia is the first airline globally to collaborate with INTERPOL to implement the I-Checkit system to screen the passports of all its prospective passengers against information contained in the world police body’s Stolen and Lost Travel Documents (SLTD) database.